Another Sundance Film Festival has come and gone, and Park City seems to have morphed into an unusually sleepy ski town overnight. After all the hype has settled and the stars have left, locals are free to once again roam the streets without being asked to take iPhone photos of tourists or worrying about being run over by an Uber taxi. Sundance makes Park City come alive in such a unique, albeit hectic, way that one cannot help but appreciate the experience to be in the midst of it – and Blinnk Photography had the special opportunity to be in the midst of it all! In honor of this festival celebrating the independent film community, I have decided to write my own reviews on the films I was so lucky to experience! Readers be warned: spoiler alerts! / Click each movie title to be directed to its corresponding IMBD page.

I absolutely cannot get enough of Jeremy Saulnier’s work. As a self-proclaimed horror/thriller genre connoisseur, I consider Saulnier’s films to be the crème de la crème. He is able to employ the perfect amount of scare tactics while keeping a fluid and intriguing narrative. After debuting Blue Ruin at Sundance a few years back I jumped at the opportunity to see this film. Green Room is a movie about a down-on-their-luck punk band that, unbeknownst to them, is booked at a backwoods white supremacist venue where they witness a murder. Nervous that they will alert authorities and shut down numerous illicit activities such as a heroin ring, the club owner, played by the legendary Patrick Stewart, does everything in his power to keep the band locked in the green room. Scored entirely by hardcore punk music, the energy in this film does not stop until the last scene, when Saulnier offers a poignant metaphor about good versus evil and why humans do the things they do. Keep an eye out for this movie, and in the mean time, you can stream Blue Ruin on Netflix.

Kevin Smith’s newest installment of bizarre cinema, Yoga Hosers stars his daughter, Harley Quinn, and Lily-Rose Depp as two Canadian counter-girls (also known as “clerks” hmm…) that face off against a nazi-army made of bratwurst. It was a weird film, but it had some redeeming scenes moments, namely the ones with Justin Long as the girls’ yoga instructor. This is actually the second installment of a three-part trilogy; the first movie, called Tusk, is about a young Canadian reporter who is turned into a walrus by a deranged ex-seafarer. Also a strange film, Tusk was one of the most original horror films I have ever seen in my life and deserves praise. Smith revealed to the audience at this screening that the final installment will be called Moose Jaws and is “literally the plot of Jaws… with a moose.” Stay tuned folks. 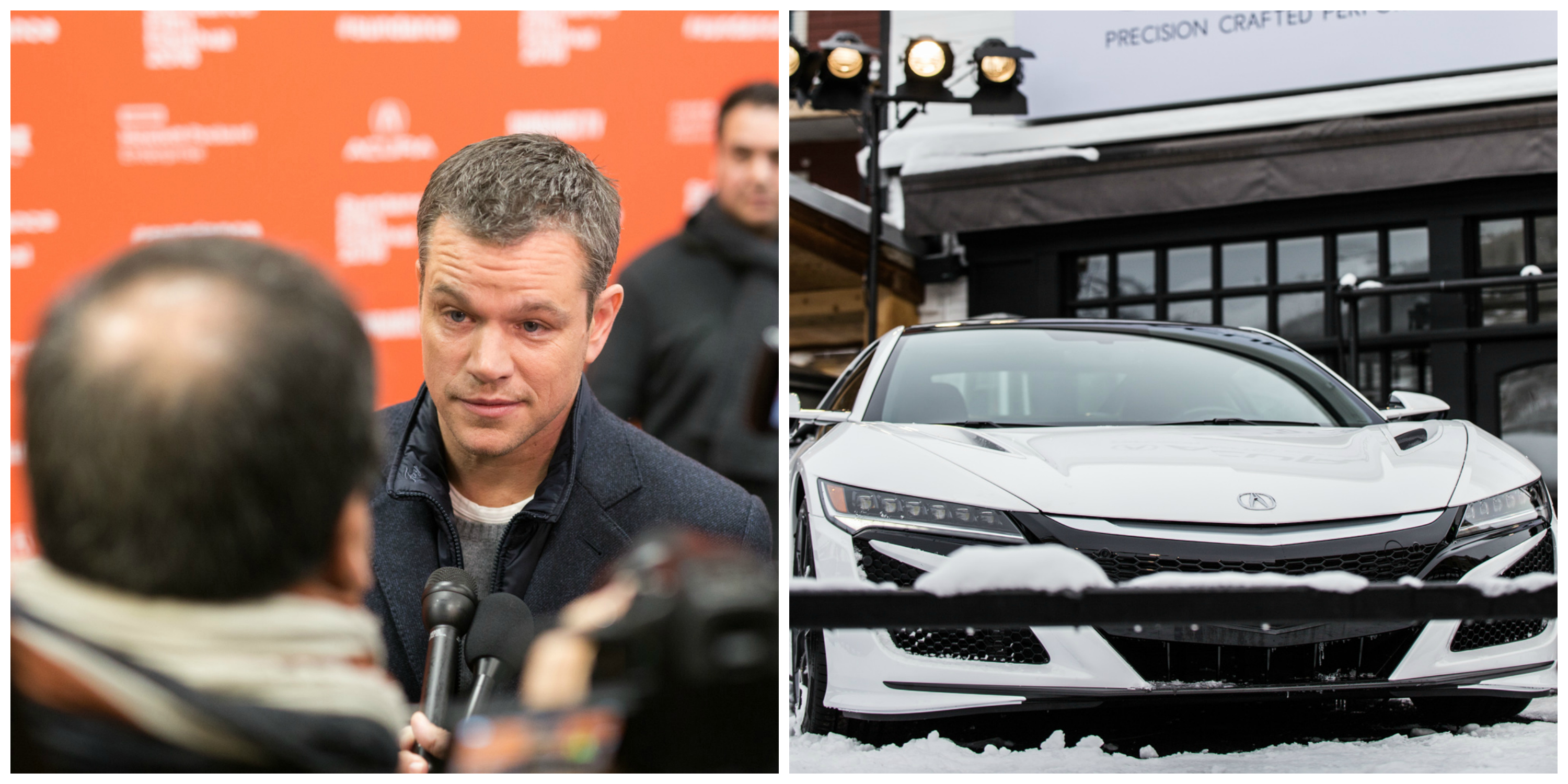 This film is centered around Jesse Plemons (check him out in Fargo, season two, on FX) as the homosexual son of cancer-stricken Molly Shannon, who has returned home to be with her during the last year of her life. Told on a month-to-month basis, Other People works because you get to know each character and their individual struggle, all under the guise of Shannon’s battle with cancer and her eventual decision to stop chemotherapy. Writer/director Chris Kelly told this semi-autobiographical tale in such a relatable way that I do not think there was a dry eye in the theatre when the credits rolled. That being said, the film felt lengthy and was advertised as a comedy. This was no comedy. If I had to choose a description, I would have pegged it as big budget. It did not feel like an indie or a Sundance film, it felt like a blockbuster.

John Krasinki directed and starred in this comedy, which was similar to the aforementioned Other People, but Richard Jenkins played the father so it was immediately funnier. In this film, a tumor is discovered in John’s mother’s (Margo Martindale) brain, causing John’s very pregnant girlfriend, played by Anna Kendrick, to put him on a plane home. There is slightly more lighthearted “family antics” in this movie than Other People, but the story still manages to feel genuine. You can make your own decision about The Hollars, however, because Sony Pictures acquired it just after the premiere ended. 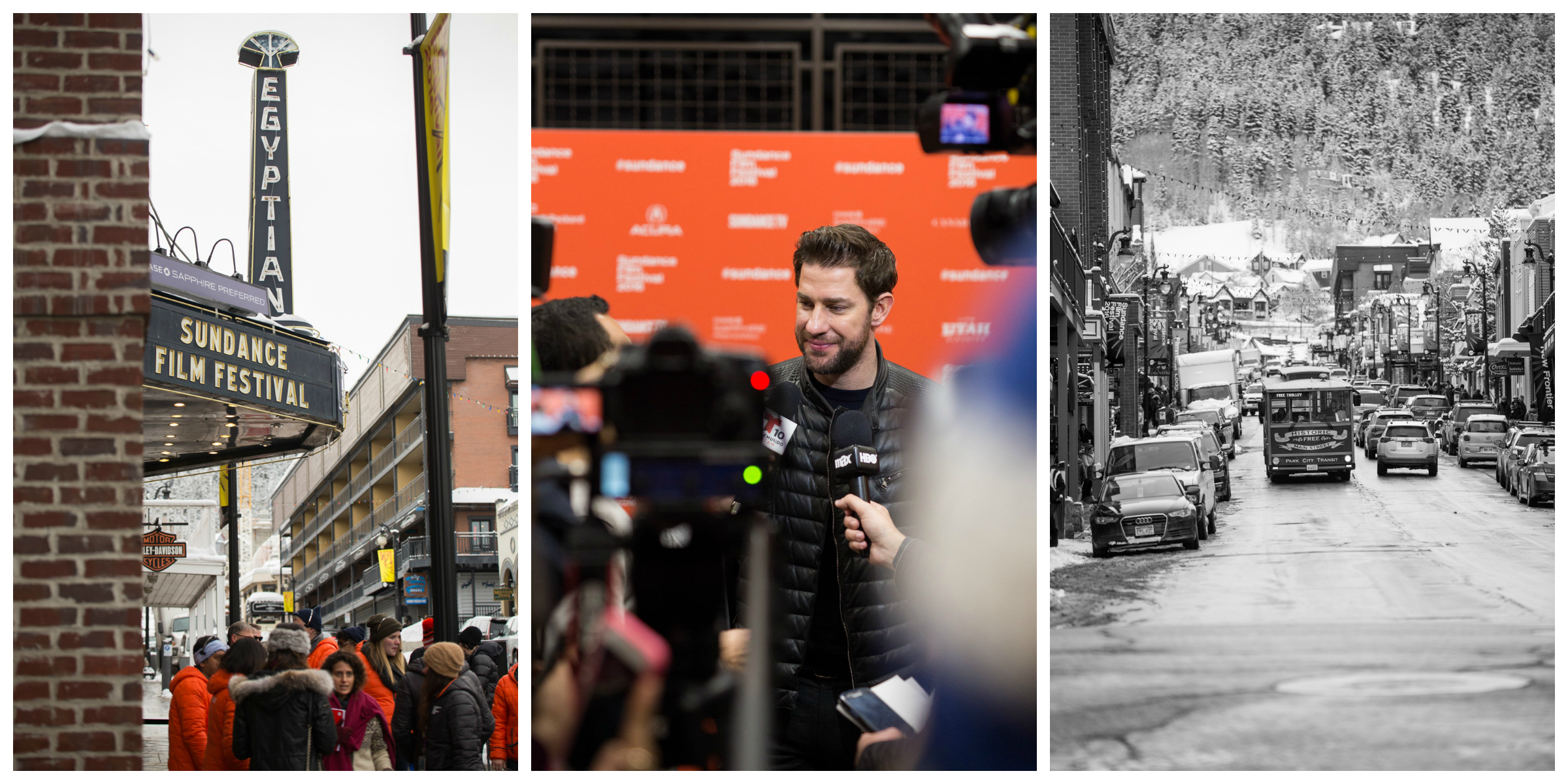 Paying homage to 1970s slasher flicks, Mickey Keating’s Carnage Park follows a young woman taken hostage in a bank robbery who finds herself the sole survivor after she and her captors trespass on the property of an estranged ex-military sniper, Wyatt. Although Carnage Park did not really bring anything new to the table – which did not upset me, considering it was a nod to classics like Texas Chainsaw Massacre, The Night Stalker, and The Hills Have Eyes – I enjoyed the old-school “hijinks” like one character’s not-so-famous last words or how difficult it is to murder the murderer! I also greatly appreciated the underlying theme of PTSD because it gave the film historical context, while also instilling self-reflection about one’s moral compass. Keating argues that a lack of veteran support drove Wyatt to commit such heinous crimes. I thoroughly enjoyed this movie; the critics did not.

A film about masculinity and acceptance, Goat takes us into the dark underbelly of college fraternity hazing and asks, “what makes a man, a man?” The film is framed by an even more brutal experience: as the little brother of frat-boy Nick Jonas, Ben Schnetzer survives a horrific mugging the summer before he is to go off to college. Once there, he pledges in his brother’s fraternity and vies for a coveted spot as “brother.” This incredibly dark film is so relevant in today’s culture and is worth a watch. My question for director Andrew Neel (which I did not get to ask him during the Q&A) – were there any Stanford Prison Experiment-esque interactions between the actors playing the brothers and the actors playing the pledges when the cameras stopped rolling?